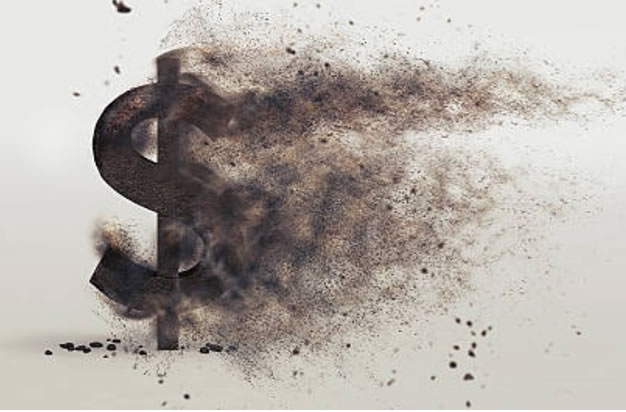 The U.S. federal budget deficit is on track to exceed $3.8 trillion this year even if Congress doesn’t enact any more stimulus spending, and the nation’s debt will rise to levels not seen since the country emerged from World War II, a non-partisan budget watchdog estimated Monday.

The projection by the Committee for a Responsible Federal Budget would put the shortfall between revenue and spending at nearly four times the $984 billion deficit for fiscal 2019. That represents 18.7% of the economy, the highest since 1945. By the Oct. 1 start of fiscal 2021, the group projects the U.S. debt held by the public will be greater than the size of the $21 trillion U.S. economy and will exceed the record set after the war by 2023.

The group warns that its estimates may be on the low side.

The committee assumes real GDP will shrink by 3.9% from fiscal 2019 to 2020 and rise by 3.2% from fiscal 2020 to fiscal 2021. It also assumes Congress enacts no more stimulus legislation beyond the three emergency aid packages that it has already passed, including the $2.2 trillion measure enacted late last month.

Democrats in Congress are already advocating billions more in spending to address the crisis. Republican leaders in Congress argue most previously enacted programs — with the exception of the Paycheck Protection Program aimed at small businesses — should be evaluated before any more funding is given.